The top 10 unforgettable faces in art 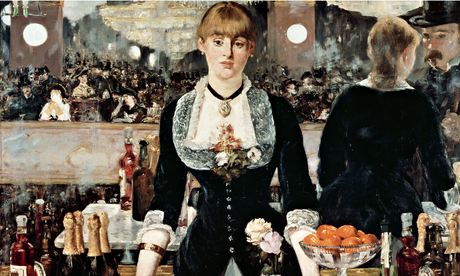 The lost, sad, daydreaming face of the barmaid in Manet's painting of Paris nightlife is the mask of a modern woman. She's alienated from her surroundings and trying to ignore the sleazy clientele – who is that sinister man in the mirror? – as she endures her shift. Work is anonymous exploitation, gender relations are dangerous and the city a heartless glittering nightclub in Manet's vision. You can see it all in that face. 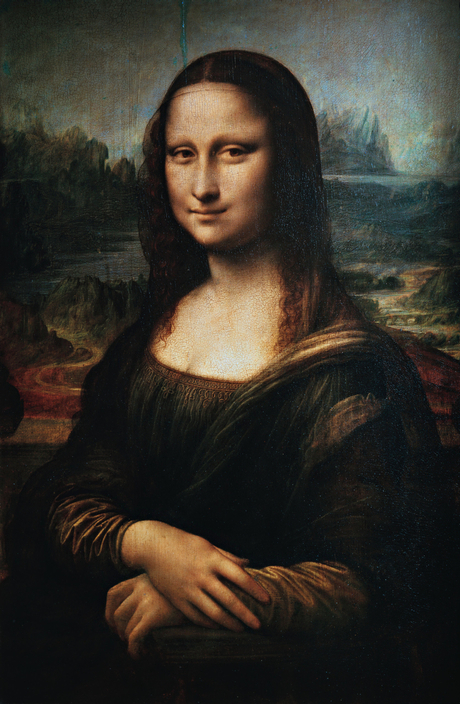 Mona Lisa by Leonardo da Vinci. Photograph: Gianni Dagli Orti/Corbis
Legend and fantasy surround the most famous face in art. It was said in the 16th century that Leonardo hired musicians to play for his model so she would smile, and not look serious like most people in portraits. Yet scientific research seems to show she did not originally smile – the lovely expression was invented by Leonardo as he reworked his painting. Nor is there any evidence to support modern speculation that she is really a man, or a self-portrait. What the anatomist Leonardo created is rather a homage to the power of expression, a study in how a face is lit up by a simple motion of the lips. 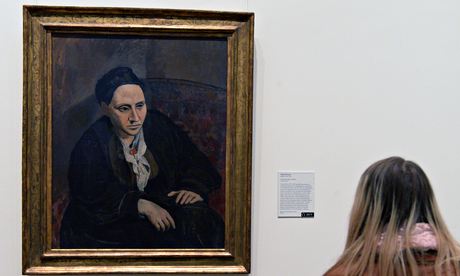 Gertrude Stein by Pablo Picasso. Photograph: dpa picture alliance/Alamy
When Picasso started a portrait of the American avant-garde writer Gertrude Stein, he complained that he couldn't get her face right. The picture stalled, until he started looking at primitive art. Then suddenly he saw Stein's face as a stone mask, a totemic sculptural object. He said that Stein and her fellow modernist expatriates in Paris were neither men nor women – "they are Americans".

Domenicho Ghirlandaio – An Old Man and his Grandson (c 1490) 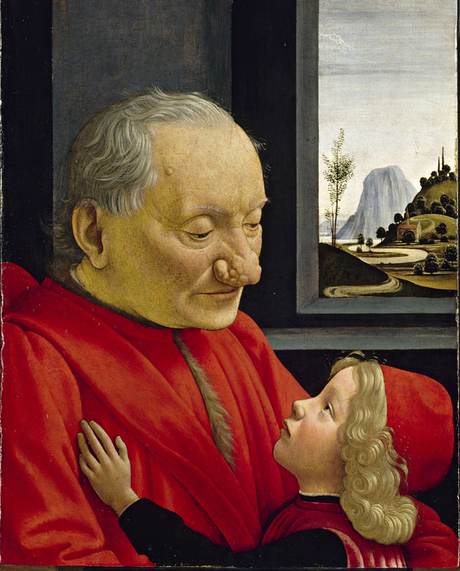 An Old Man and his Grandson by Domenico Ghirlandaio. Photograph: Ghirlandaio/RMN, Paris.
In this intimate and moving Florentine Renaissance masterpiece, a young child looks up at the astonishing face of his grandfather. It is a great face because of the noble way its possessor carries a physical deformity. Ghirlandaio turns the ideal of Renaissance beauty upside down to reveal the heroism of disfigurement. 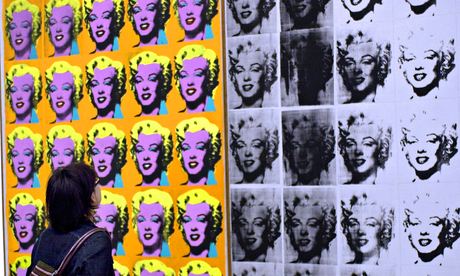 Marilyn Monroe by Andy Warhol. Photograph: Adam Butler/AP
Is Marilyn's face unforgettable, or is it already fading? Warhol's eerieDiptych – a diptych is a two-panelled altarpiece in medieval art – asks this by contrasting two sets of screenprinted images. In one grid of repeated portraits Marilyn's face is preserved in lurid colours, as bright and permanent as a golden death mask. In the other, her beauty decays before our eyes, lost in the copying process, preserved only as a crude inadequate trace of the beauty that has died.

Traditionally this powerful study of the face of old age was said to beRembrandt's portrait of his mother. Whoever she really is, the artist has painted her timeworn skin with tenderness and compassion and something more than that – a reverence for the wisdom that comes with wrinkles. His empathy with this aged face foreshadows the profundity of his later self-portraits that document his own ageing process. 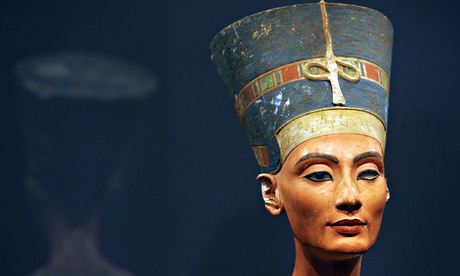 Queen Nefertiti of Egypt. Photograph: Oliver Lang/AFP/Getty
Some faces from the ancient past live with startling clarity. Realistic portraiture makes them unforgettable. Nefertiti was the queen of a pharoah who rebelled against the stateliness of traditional Egyptian art. In the new lifelike style, this bust preserves the looks of someone who died more than 3,000 years ago. It is fantastic and uncanny to look uponthis face that could be that of a 21st-century model. 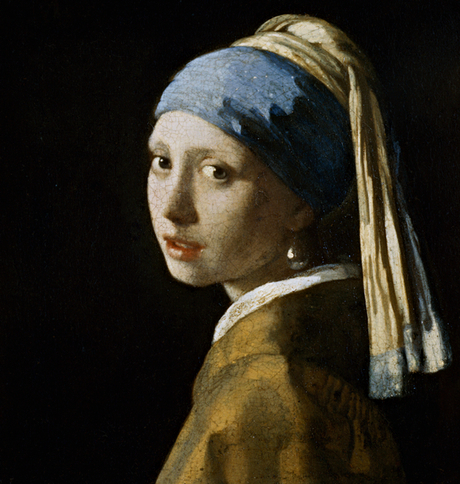 Girl With A Pearl Earring by Johannes Vermeer. Photograph: Corbis
To call Vermeer's enigmatic young woman "unforgettable" is perhaps misleading, as she was forgotten for centuries. Only in the 19th century in the age of Manet and photography was the genius of Vermeer rediscovered. Today the eyes of this girl haunt us as she looks back in silence. Her face has a scintillating mixture of ordinariness and beauty that conjures a pale mystique. 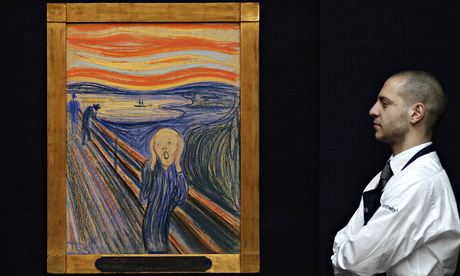 The Scream by Edvard Munch Photograph: Stefan Wermuth/Reuters
The modern world's Mona Lisa is a zombie-like face of sheer despair. Munch created the perfect expressionist painting by giving a face the features of the inner psyche. Instead of an actual face, we are looking at the inner, invisible eyes and yellow skin of the stressed and screaming self. This is what we would look like if our faces truly expressed our feelings, on a really bad day.

In this truly unforgettable encounter, the great Spanish portraitist Diego Velázquez gazes frankly at the face of a stag in the royal parks – and it gazes back. Velázquez painted every kind of person, from kings to drunks. Here he reveals the power of animal faces, their soulful mystery. Is this animal just fodder for the royal hunt? Velázquez sees a depth in those eyes that is unsettling.
στις Μαΐου 09, 2014