1 – Kilchurn Castle
Kilchurn Castle sits on a rocky peninsula petruding into Loch Awe in Argyll and Bute. The castle was founded in the mid 15th century as the seat of the Campbells of Glenorchy, but was left to ruin after the Campbells became Earls of Breadalbane and moved to Taymouth Castle. 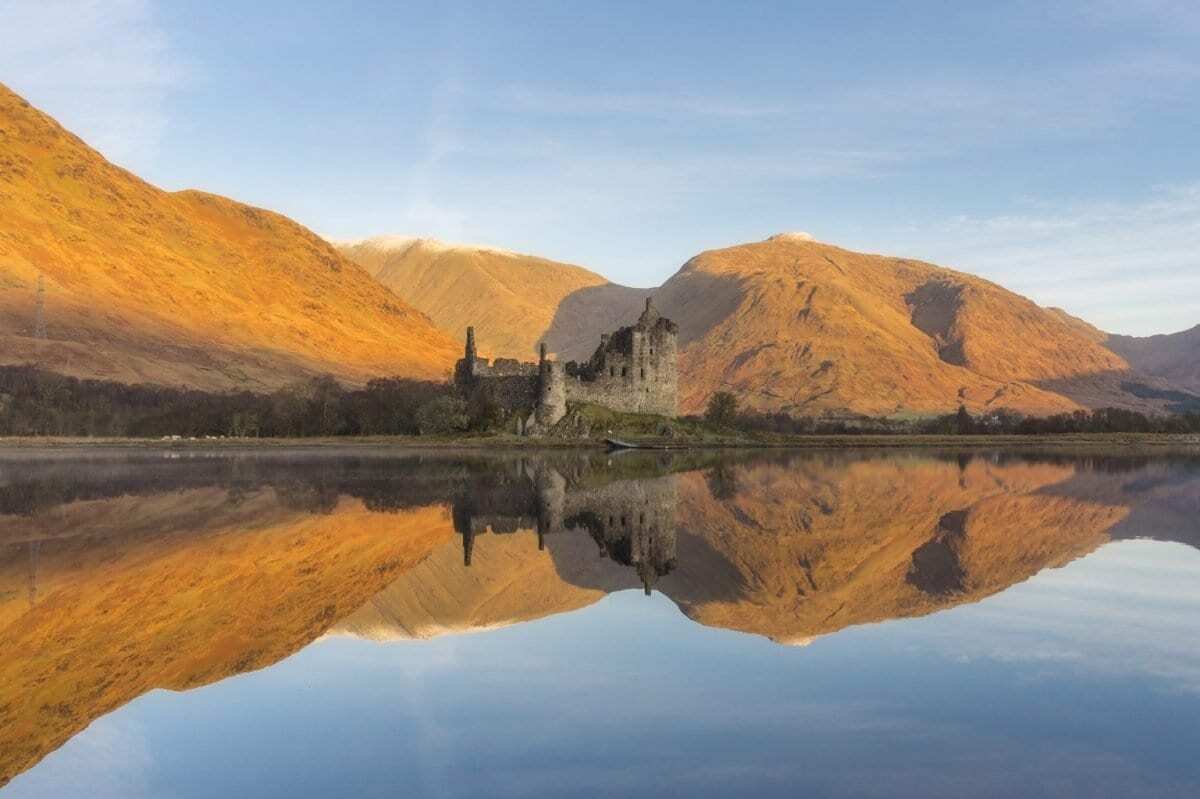 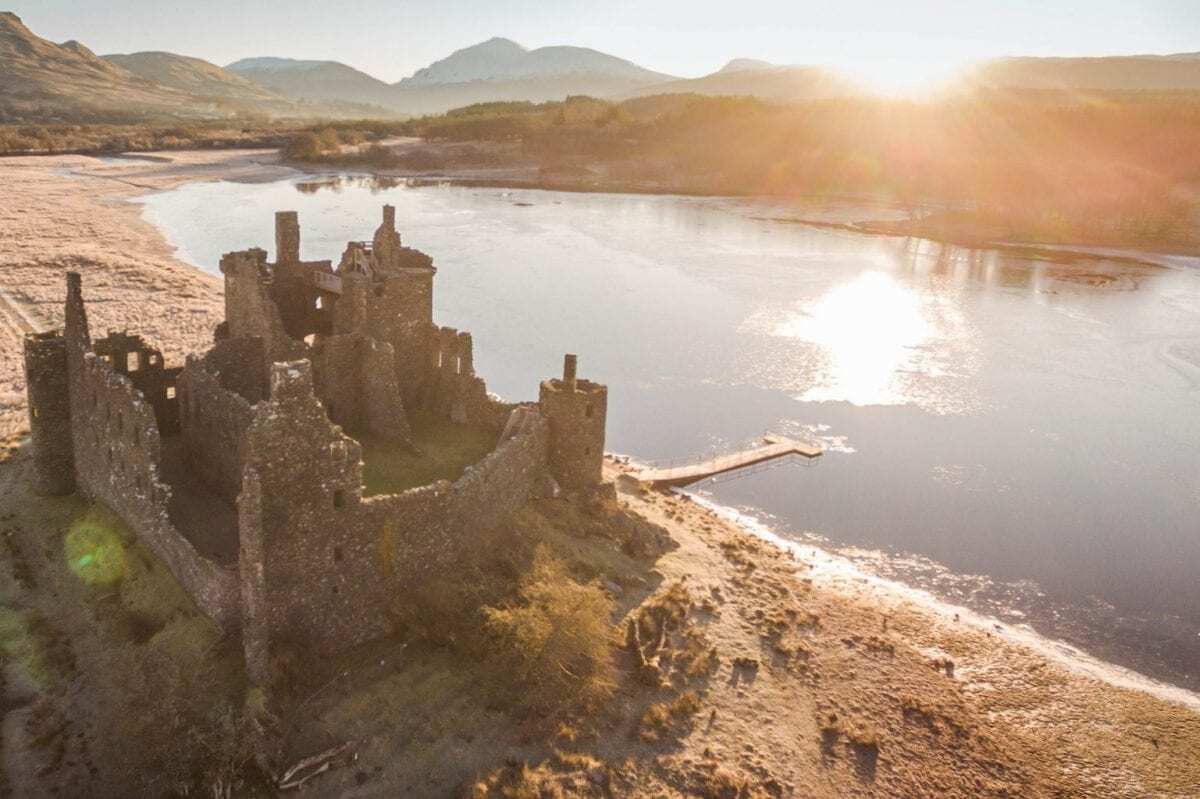 Kilchurn Castle – Image Credit : Ian Dick
2 – Castle Tioram
Castle Tioram, also known as Dorlin Castle is a ruined fortress that sits on the tidal island of Eilean Tioram in Loch Moidar. Originally the stronghold of Clan Ruaidhrí, Tioram later became the traditional seat of Clanranald (Clan Raghnail), branch of Clan Macdonald. The castle was siezed by Government forces in 1692 when the clan chief joined the Jacobite court in France. The castle was re-captured and torched by the clan and subsequently was left to ruins. 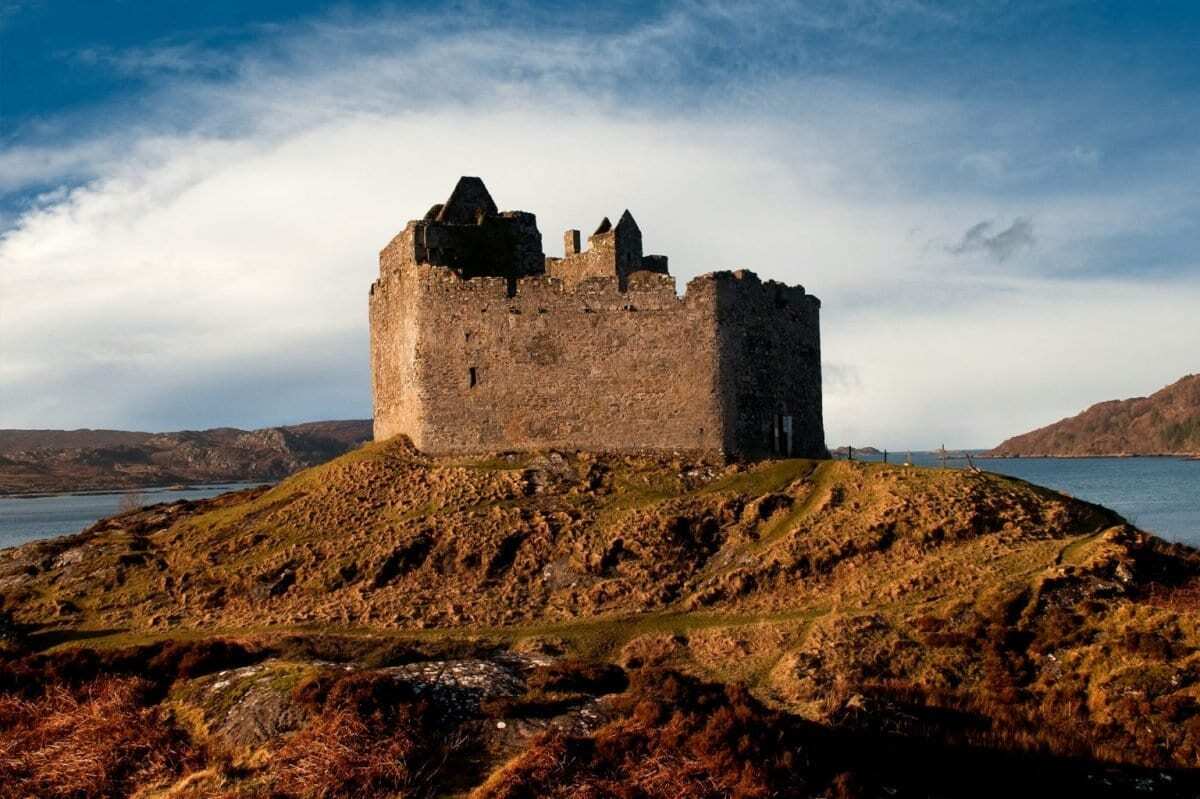 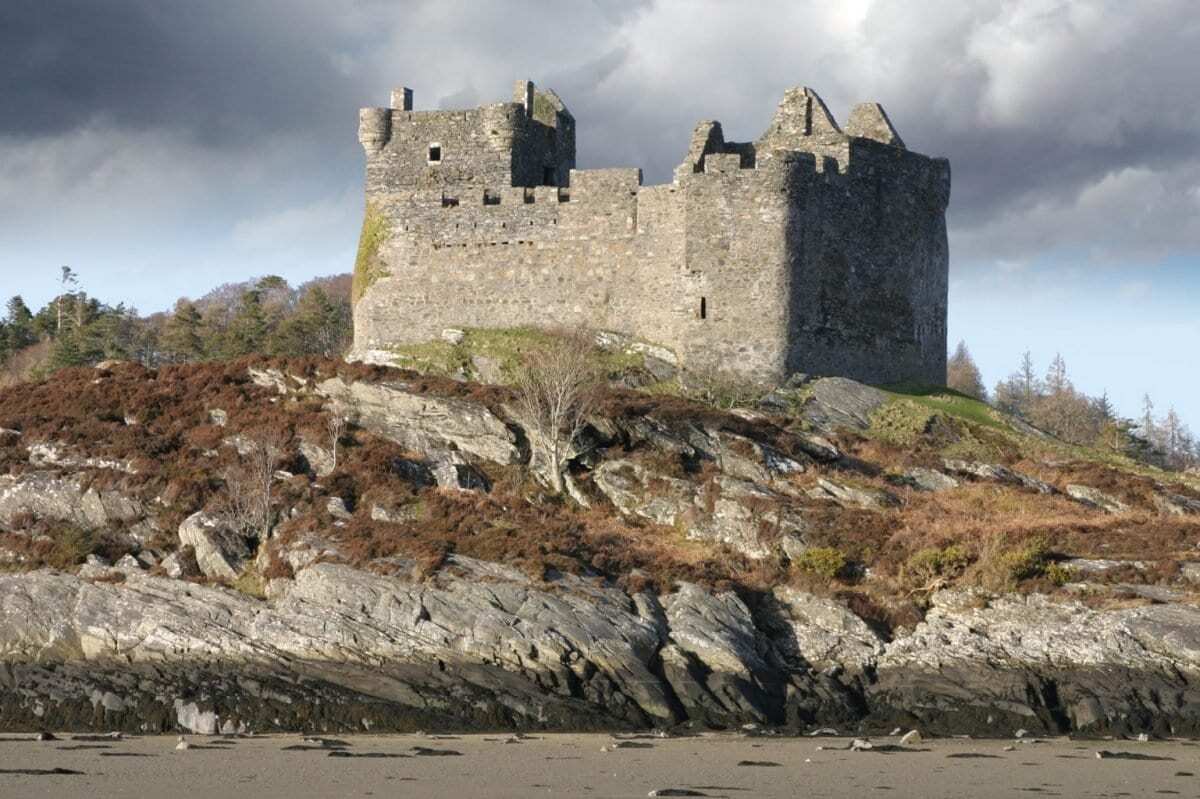 Tioram Castle – Image Credit : Gerald Davidson
3 – Eilean Donan
Eilean Donan was founded in the thirteenth century on a small tidal island that provided a strong defensive position against Norse expeditions. The castle and island was named after Donnán of Eigg, a Celtic saint martyred in 617 CE. Eilean Donan was a stronghold of Clan Mackenzie, but was destroyed by government ships in 1719 during the Jacobite rebellions. The castle was restored by  Lieutenant-Colonel John Macrae-Gilstrap between 1919 and 1932 and is described as one of the most photographed monuments in Scotland. 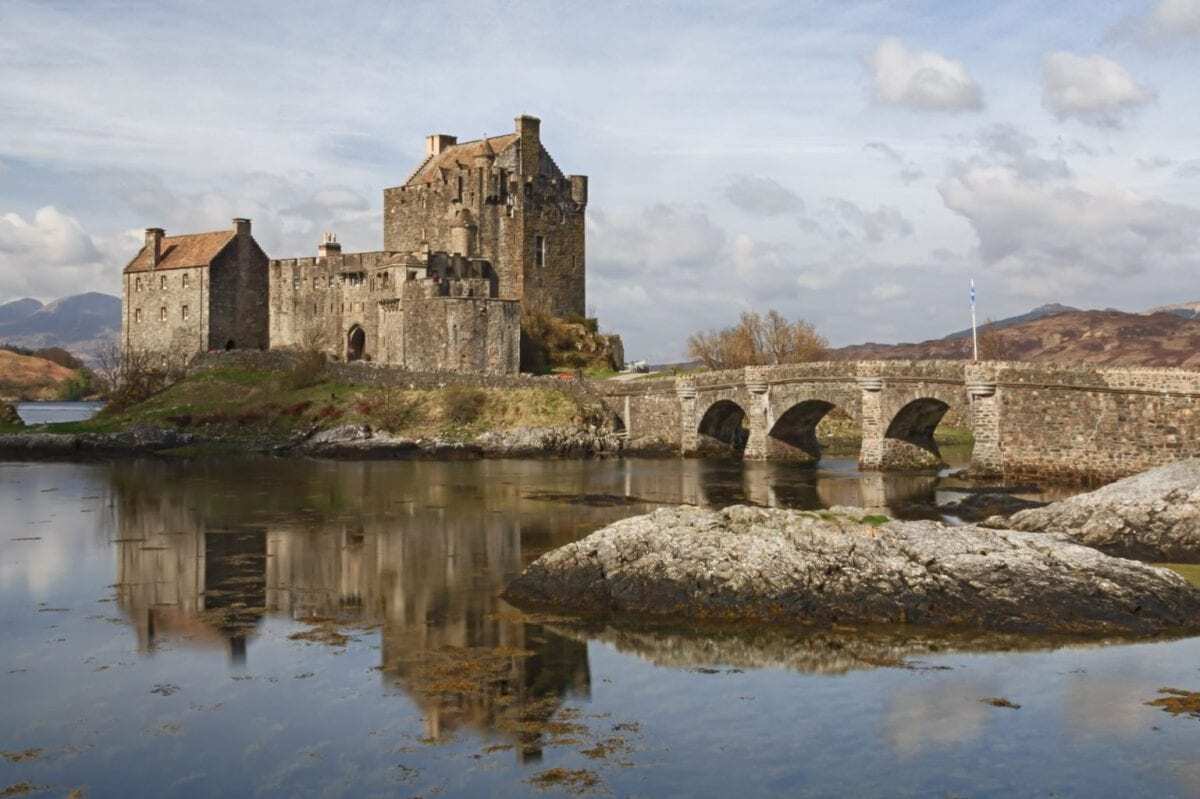 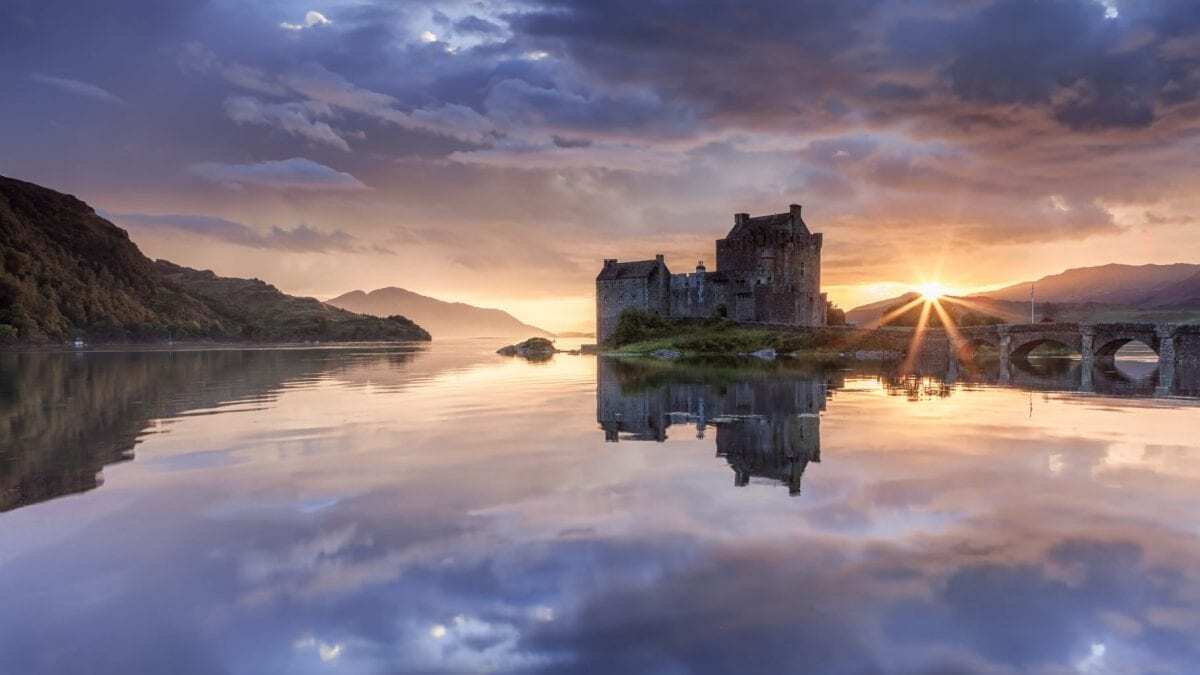 Eilean Donan – Image Credit : George Johnson
4 – Castle Stalker
Castle Stalker is a tower house fortification situated on a tidel islet in Loch Laich.  The castle was built around 1440 by the Stewarts who were then the Lordship of Lorn before being abandoned by the Campbell clan in 1840.  In 1965 Lt. Col. D. R. Stewart Allward acquired the castle and spent the next decade carrying out a series of restorations. 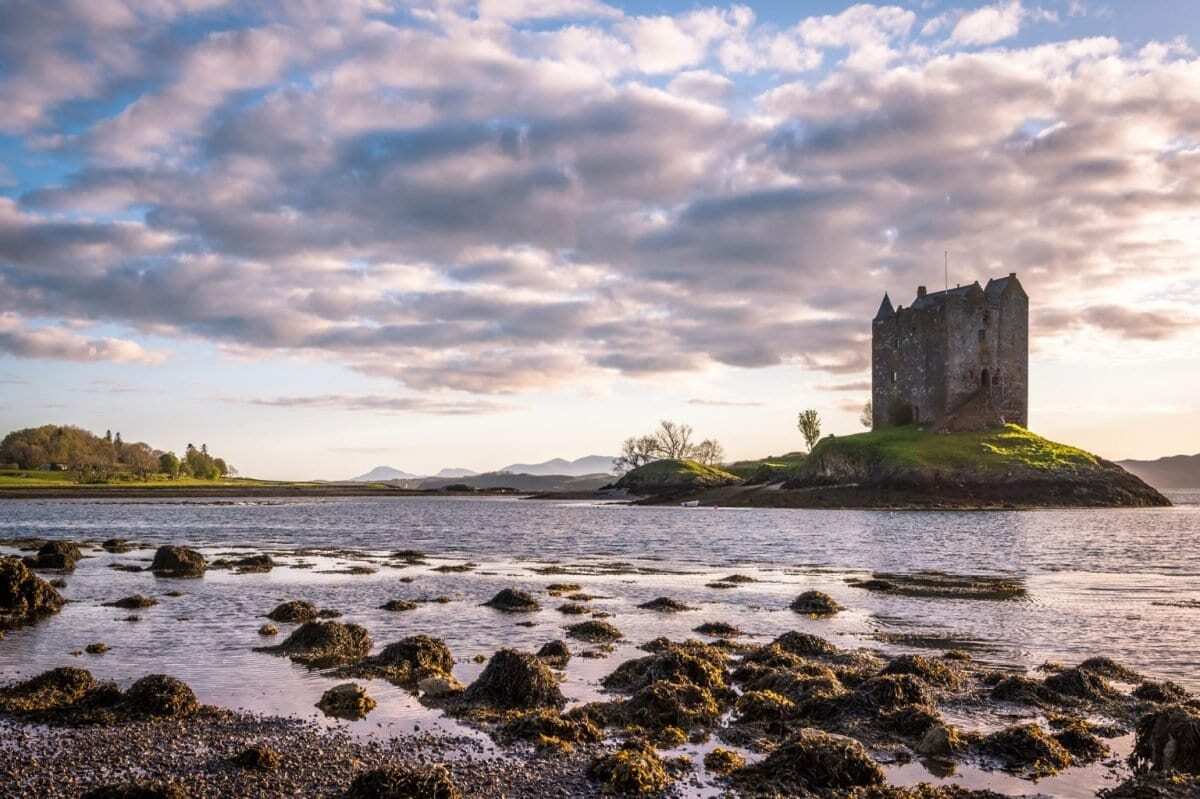 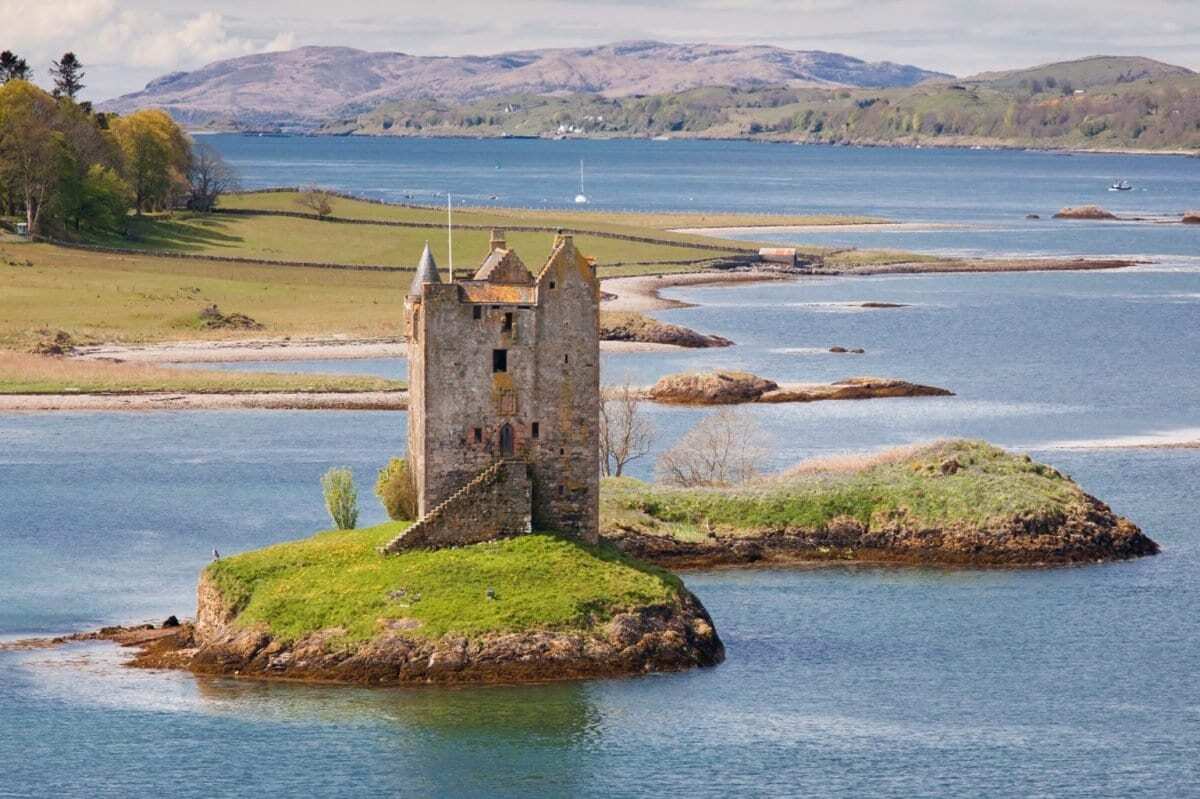 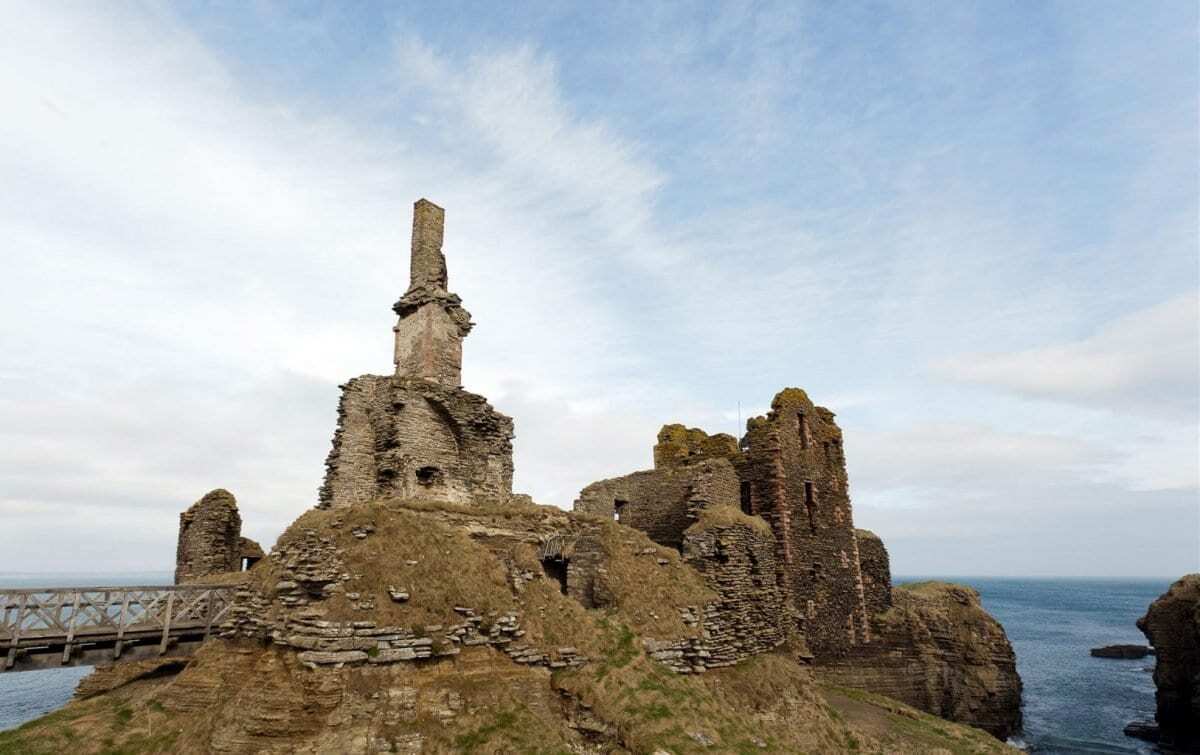 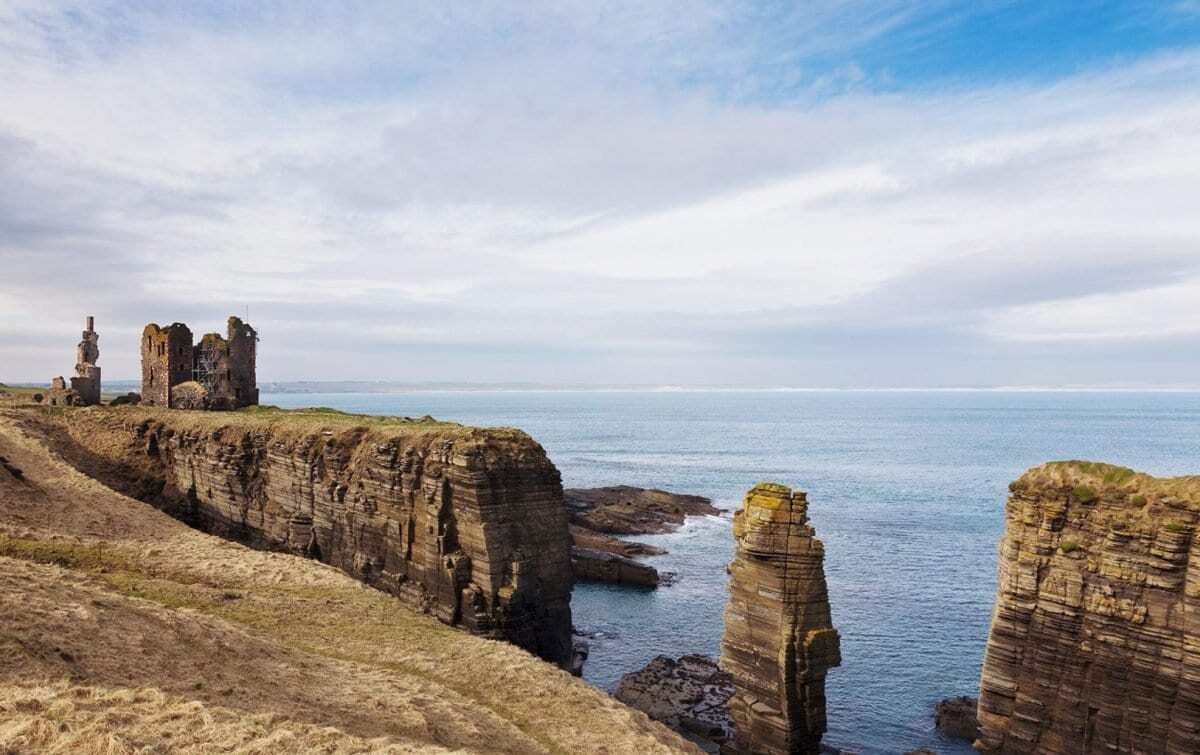 Castle Sinclair Girnigoe – Image Credit: Howard Speight
6 – Duart Castle
Located on the Isle of Mull in the west coast of Scotland, Duart Castle was built in the 13th century and is the current seat of Clan Maclean. The castle was initially constructed by Clan MacDougal, but changed hands when the 5th clan chief of the Maclean’s married the daughter of the Lord of the Isles and was awarded Duart as part of her dowry. During successive wars with the Campbell clan, Duart was surrendered in 1691 by Sir John Maclean, 4th Baronet and the castle was subsequently demolished. The ruins of Duart was purchased by Sir Fitzroy Donald Maclain, the 26th chief of the clan Maclean in 1911 and has been restored both in structure and as the clan seat. 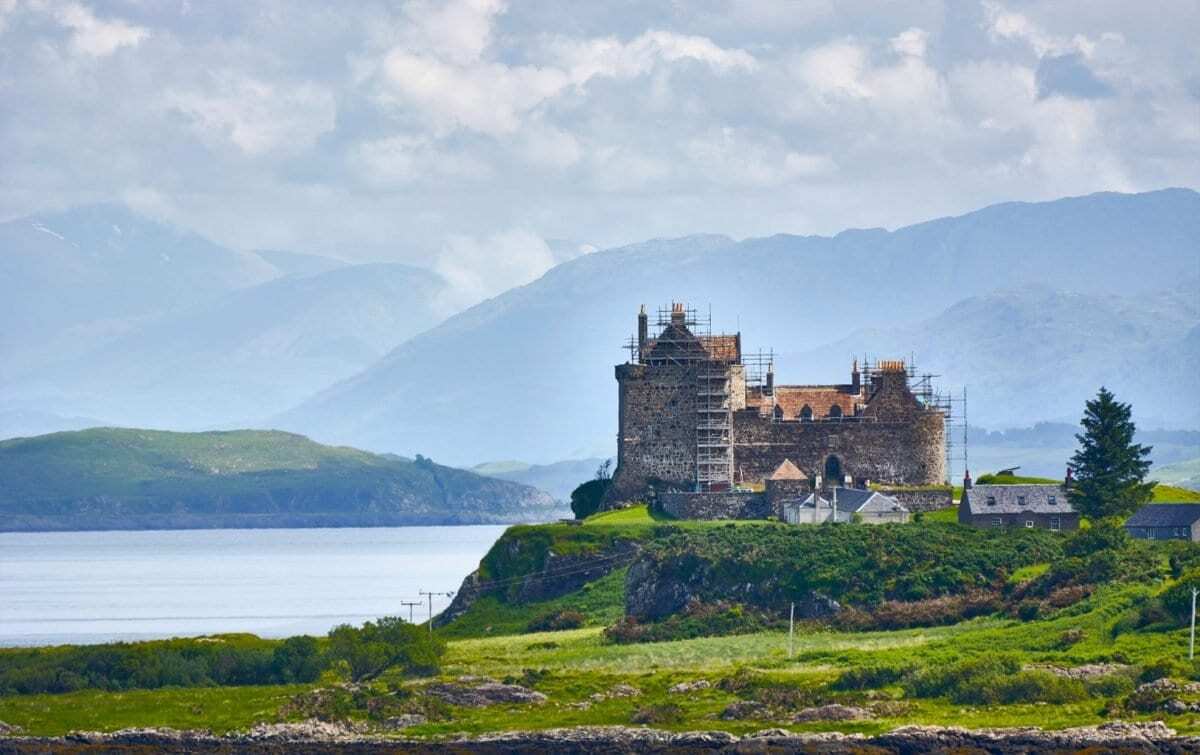 Duart Castle – Image Credit : Ralf
7 – Dunvegan Castle
Dunvegan Castle is located on the Isle of Skeye and is the seat of the clan Macleod. The castle was first built in the 13th century on an area of elevated rock overlooking an inlet on the eastern shore of Loch Dunvegan. During the 19th century, the castle was remodelled into a mock-medieval style with the present appearance of the castle dating from around 1840 when this process of “baronialisation” was completed. 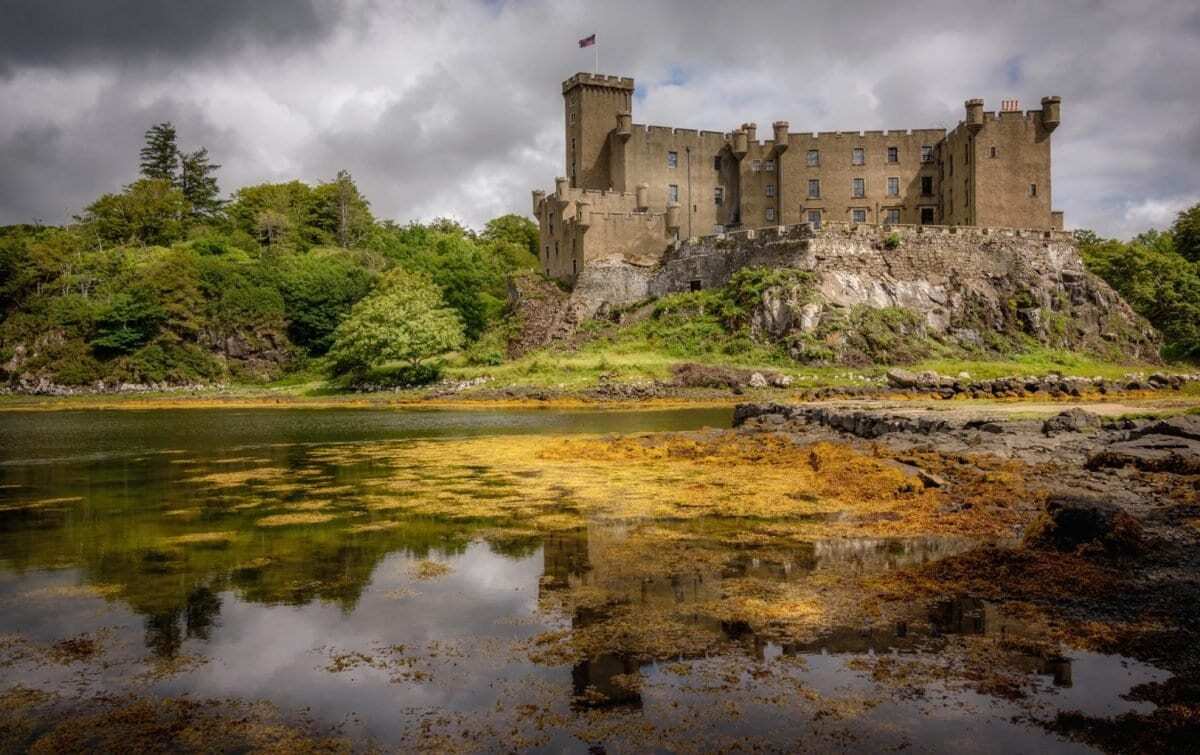 Dunvegan Castle – Image Credit : Yann
8 – Ardvreck Castle
Ardvreck Castle is a ruined castle dating from the 16th century which stands on a rocky promontory jutting out into Loch Assynt in Sutherland. The castle is thought to have been constructed around 1590 by the clan MacLeod who owned Assynt and the surrounding area from the 13th century onward. 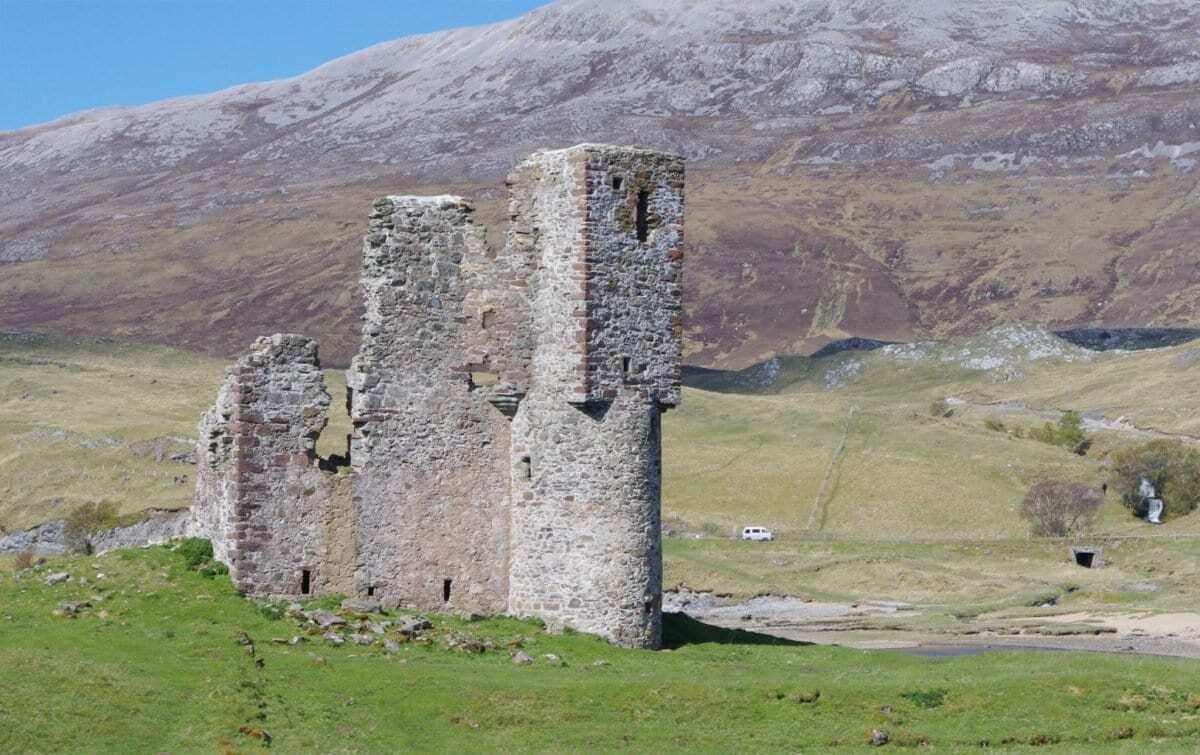 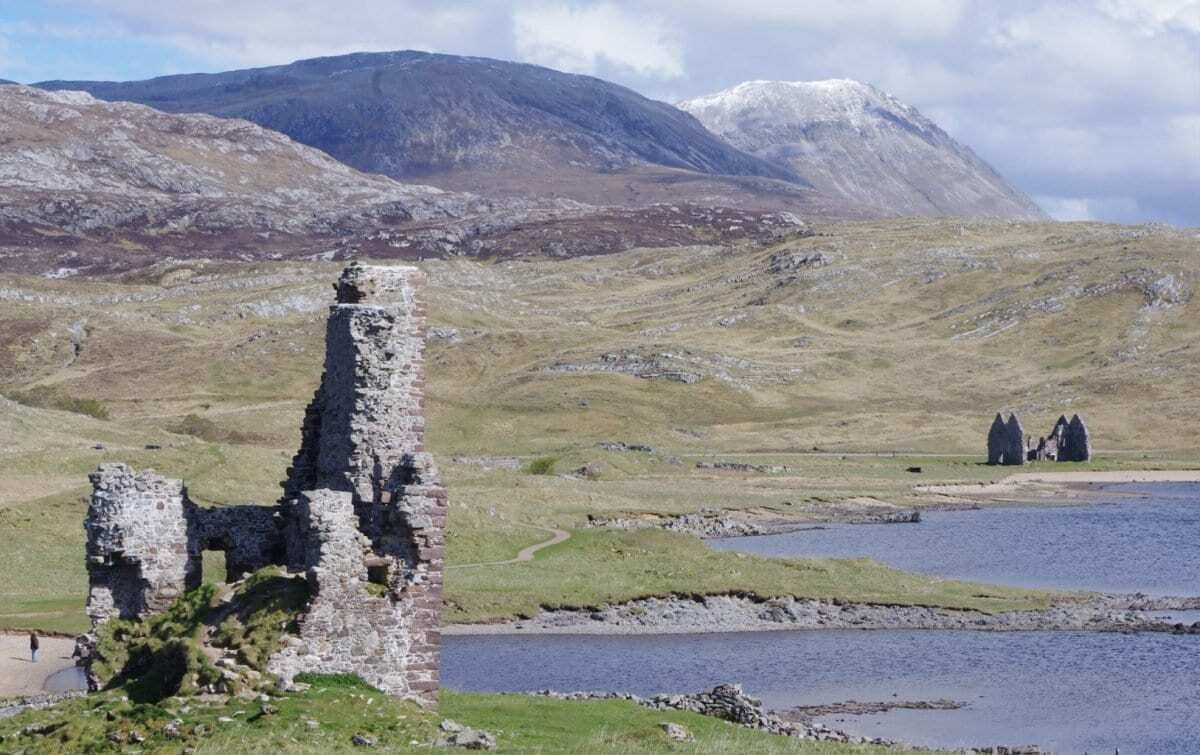 Dunrobin Castle
10 – Lachlan Castle
Old Castle Lachlan, is a ruined 15th-century castle on the shore of Loch Fyne, within the Cowal Peninsula, in Argyll and Bute. It was the stronghold of clan MacLachlan until 1746 when it was attacked by British Government forces. New Castle Lachlan was built as a replacement in 1790, around 1 kilometre (0.62 mi) to the north-east. 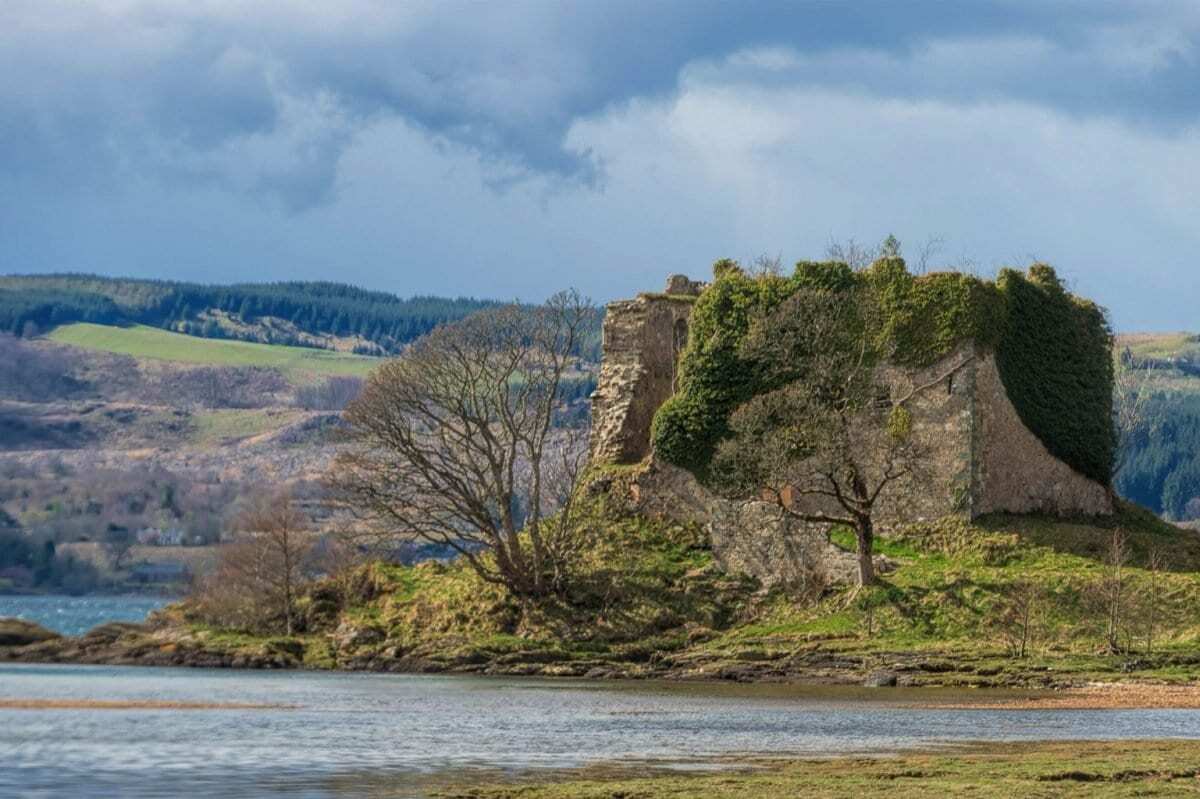